Are Y’all ready to be shocked?!

Well, I have never been to Blackpool, so seeing as we have been swamped and super busy we decided to go Saturday for a date day! I didn’t want to go to the pleasure beach as I’ve been super ill and there was a 98% chance that I would throw up. Pluss they all look. so old and unsafe I just don’t think I could get on one, did you know they still run at night? It looked like some Final Destination shit really. Anyway, we decided to leave the dogs at home (they got checked on and let out) and we went to the zoo.

Well first I actually went and got my tattoos lasered which I’ve been having a few removed for around eighth months now but I’ll write about that separately! So after we went there and bought a hat and went Thortons for car chocolate – incredibly disappointed by the way that they have discontinued the fondant mice and pigs they did, I mean I nearly cried in the shop because I wanted one so bad but…-  we went to the zoo.

Blackpool zoo was actually a lot better than I expected, don’t get me wrong I don’t agree with zoos or animals in captivity but it was a nice day out, it didn’t cost an arm and a leg like Chester zoo but there were parts that were depressing. The people there were disappointing to me, kids growling and shouting at the animals which was clearing upsetting them and parents just ignored them or laughing when they should have told their child to stop and go have respect for the animals. I’m not saying just shout at your kids for being excited at the zoo but teach them how lucky they are to see all those animals and to respect them in their space. 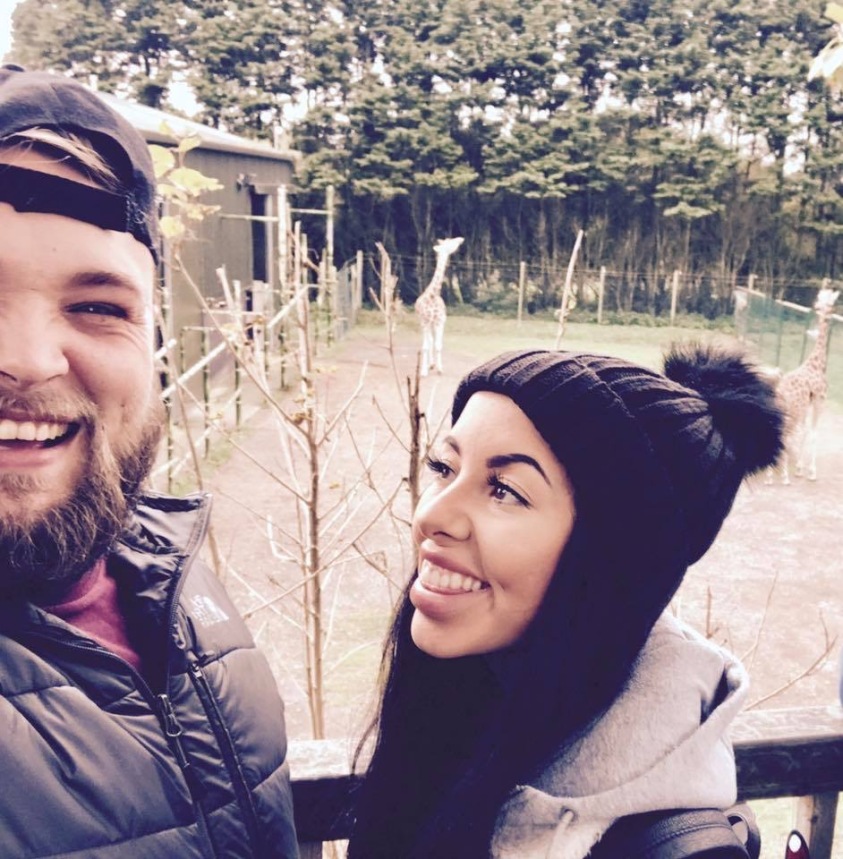 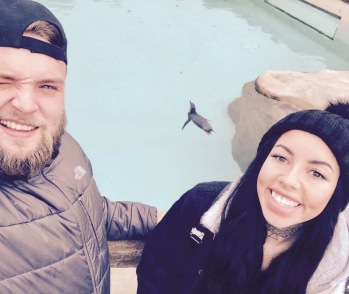 They had a super cute petting zoo with the funniest baby goat that was just stuck on pause for about half an hour and Alpacas.!!  My favorite! They also had pigs and donkey and most of the animals look like they had loads of room and fun interacting with the staff but my two complaints, concerns really were that the tigers and lions weren’t in a pride there was two of each and they were in a very small space with no privacy. Then the elephant, singular, it’s friend had died so there was just one lonely elephant at the zoo and it broke my heart. Elephants are such intelligent animals and shouldn’t be on there own like that. 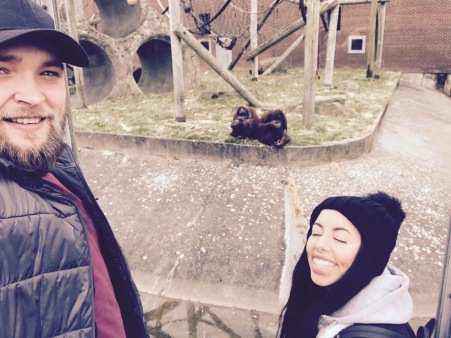 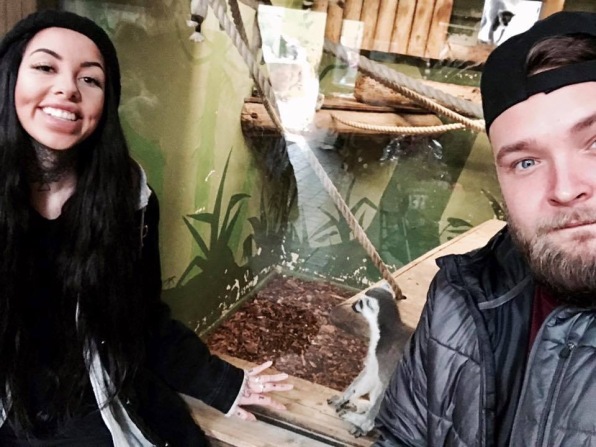 We got around the whole Zoo I’m about four hours and went to find somewhere for tea where we could go see the lights after are you ready for Blackpool biggest letdown? I was Shook! Pizza Hut doesn’t sell pasta. That’s right THEY DONT SELL PASTA! I ate at the salad bar and two slices of drew pizza but was beyond disappointed that I couldn’t eat just a tomato pasta. Especially since there was a 40inuite wait, we did go in the arcade while we were waiting and Drew won me a dog dressed as a cow with his first pound which looked liked pancake and I do love cows!

By the time we’d ate our food it had gone dark and the lights were on! we walked down the front and looked at all the lights buying rock, sugar dummies, ice-cream and slushies along the way, The trams were all lit up and everything looked so Christmassy and cute! we walked the lights and walked back on the opposite side of the road on the beach front so we could see the beach and the piers and when we got to the tower it was all lit up with a pink heart. I thought the tower was broke from far away as you can just see a smudge a different colour, It is quite a big walk but I couldn’t imagine being sat in the traffic! i swear cars did not move at all and must have been there for hours! 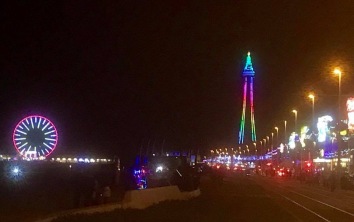 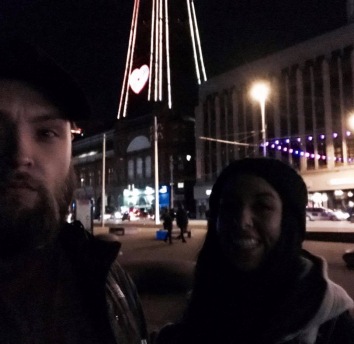 We got lost on our way back to the car but I can honestly say I saw a lot of Blackpool! It was the cutest day and was just what I needed with how poorly I’ve felt.